Best Adventure Race in the World?

Best Adventure Race in the World? 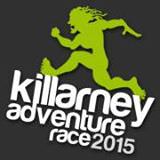 Killarney Adventure Race started 5 years ago and has grown to be the biggest adventure race in the world of its type. Now 2,500 people descend on Killarney at the start of October each year and compete in a variety of distances from 25km to a monster 70km.  Amphibia has sponsored this race for the past 5 years and are delighted to watch it grow and prosper.  Ive also has the pleasure of competing in the race each year, starting out with the 70km in the first 2 years but have scaled back to the 60km since then.  It might sound like 10km isn’t that much of a difference, but trust me it is! The extra 10km is a really tough mountain run/hike that tests an already tired body. With this in mind i lined up for the ‘easy’ 60km race this year. I had competed in possibly the UK’s toughest triathlon the week previously – the Snowman (see blog here ) and i had cramped badly during that race. Even after an easy week’s training I wasn’t overly optimistic about getting through this race without the same happening.

Being on the feet for the whole day before at the Expo probably wasn’t ideal preparation but the Expo is always great fun and an ideal opportunity to meet thousands of potential customers and sell loads of Amphibia gear. Bearing in mind that the Expo doesn’t finish until 11pm i had signed up for Wave 6 as it would allow for a later start in the morning and meant i could get breakfast in the hotel! It also meant that things had warmed up and the mist had cleared by the time we started.  As usual i was accompanied by super hero and intrepid explorer Aaron who helped at the Expo and sorted out the essential after party! Our Wave 6 set off about 9.45am and straight into a killer of a climb 20 minutes up Strickeen Mountain, always a nice way to wake up properly.  Due to dry weather the route wasn’t as marshy as previous years but the dozen or so bends to the top seem like they are never-ending.  The downhill is just as tough with uneven ground and slippery stones, indeed I took a fall near the bottom and was glad to narrowly miss falling straight onto a large rock and able to continue – shaken but not broken. Onto the bike and you are straight into a tough climb up through the Gap of Dunloe.  Once again the downhill proved to be just as tough, due to rough surfaces and some slippery corners, not for the feint hearted.  Through the Black Valley and then the surface improves considerably with a fast finish and i had to wonder at the risk taking of some cyclists – taking their life in their hands overtaking vehicles and taking chances on bends. Why bother – is a few seconds really going to make that much difference?

I love getting off the bike at this point and stretching out the legs towards the kyak.  Its always a risk who you are going to be placed with in the double kyak so i always have a look around and try to pinpoint the best partner when i am running– not always an obvious choice.  Last year i was lucky enough to be with a kyak coach and my buddy this year was also strong so after ten minutes the 1,500mtr paddle was boxed off. Then it’s into a tasty mountain run up Torq, which has gotten a bit easier over the years due to course changes. A final little burst of speed on the bike and its back into Killarney. There is always a great atmosphere at the finish line with food and drinks and everyone celebrating finishing whatever their distance and fitness level.  I was happy to win my wave and finish 11th overall out of 650 starters.  I finished 6th in 2014 but this race gets more competitive every year and after a tough few weeks racing i was happy to get through the race without injury or cramping, hang up the gear and head on my holidays! 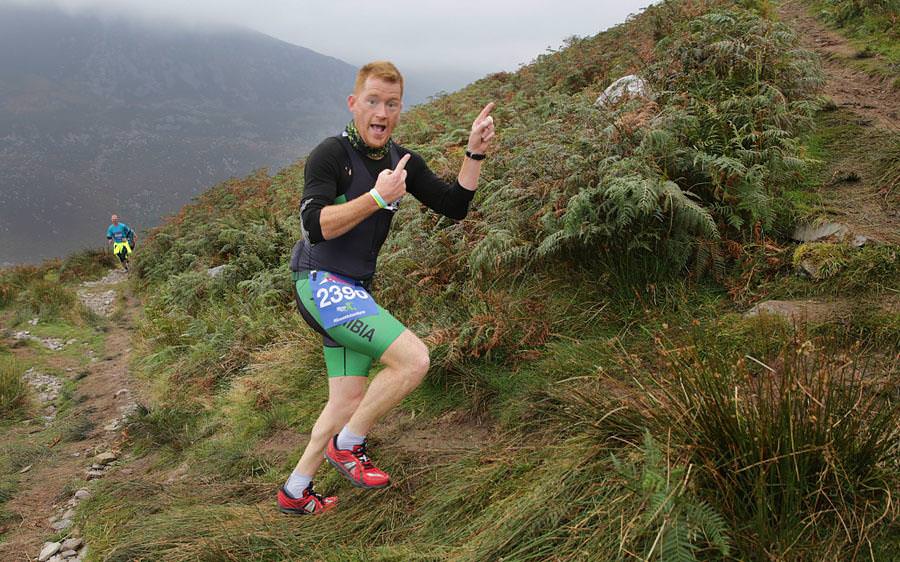 One of the many bends up Strickeen Mountain!

By the way – to give you an idea of that 10km difference between the 60km and 70km trail…  my best time for the 70km is 4hr 45mins, my best time for the 60km is 3hrs! I was also in decent shape the year i did the 70km, having done an Ironman a couple of months earlier. So if you aren’t sure which distance to pick, i’d go for the 60km!  I heartily recommend this race for all levels of racer and its one that you can work your way up through the distances over a number of years as many people i was talking to at the event were doing.  It was nice chatting to many UK triathletes and adventure racers who had built a holiday around the event, and indeed many people from further afield.  Great atmosphere, friendly faces, amazing scenery and a well run race – what more do you need? Killarney Adventure Race has now re-branded as Quest and they are organising a number of races around Ireland during 2016 and around the world in 2017.  Future locations include numerous race locations around the UK, as well as races in Austria, USA and UAE.  For more details check out their website http://www.questadventureseries.com/ 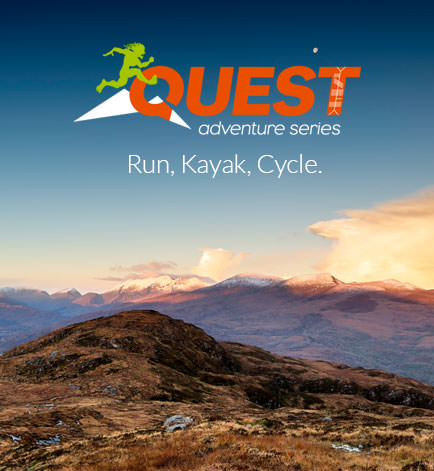 Biggest Adventure Series in the World