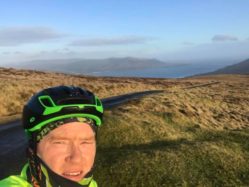 This racing results blog has been a long time coming. I’d say i have been busy but you have heard it all before! I’ll pick up from my previous blog last summer which you can read here. After racing fairly well at Crooked Lake and Belfast, my next scheduled race was Top of The Mourne, which i was looking forward to as its a tough race with plenty of hills which suits me. Unfortunately i had to pull out of the race at the last moment due to a relapse of my nerve injury.  Hard to take as the race was cancelled just on the morning of the race last year, but i had no choice as i couldn’t run. Instead i just did the very tough cycle course route so at least the day wasn’t wasted. Indeed my entire summer was a bit of a disappointment due to a combination of injury and fatigue. I talked about the injury in my last blog and it was unfortunate that it lingered over me for a lot of the summer, hopefully i have learnt to manage it better now through a combination of better stretching, more strength and conditioning training and occasional trips to the physio. It’s a long-term back problem that i just have to try and manage.

Fatigue is harder to understand and is something i haven’t encountered before. Don’t get me wrong, by the time Friday evening comes like most people I’m generally knackered from the strains of work and home life but it’s mostly mental fatigue. This was different though as even though i felt really positive, was loving life and generally buzzing but body was just knackered.  Things were busy – the combination of a new baby, getting the house and garden ready for a Christening Party, a full time job alongside a part-time job and not sleeping as much as i should have been. It started affecting my training and on a couple of sessions it was all i could do to finish the training. On other sessions i just couldn’t get my heart rate and effort levels to where they needed to be. I thought i could struggle through but thankfully Sean was able to observe the training trends and see that something wasn’t right so he advised pulling back from a couple of sessions and replacing tough work-outs with recovery sessions. A bit like the injury above the cloud of fatigue did hang over me for much of the summer and limited the gains that i could make. Nevertheless you have to listen to your body and i just had to accept with everything i had going on that marginal gains were only ever the most that i could hope for last year.

So 2019 was a strange year with an abnormal amount of injuries and the onset of fatigue. Realistically there was probably a link between the two as well. At one stage Sean was pulling his hair out and i think i represented a unique case study! His conclusion was that the combination of a big engine and a big heart meant that i was pushing too hard too early, whilst my muscular system hadn’t yet caught up after a couple of quiet years previously. A slower more progressive start, aligned with more strength and conditioning training would have helped and realistically a sub 3 marathon was out of reach in the short-term.  It was a strange year for races as well, with 2 being cancelled and 2 that i missed through injury. Luckily though i was able to get a couple of last minute race entries during the year that meant i kept motivated and was race ready.

As a sponsor I was lucky enough to be able to get a last minute Dublin City Triathlon entry.  This is an iconic Sprint race around the capital just 1 week before Lost Sheep Triathlon but was intended to just be a training session to sharpen things.  I had a decent result (1hr 8mins) but most importantly I had a strong run (15mins on a slightly shorter course than 5km) which gave me a lot of confidence after a couple of weeks building up from injury. Without this i would have been very worried going into a half ironman the following week.  Lost Sheep Middle Distance race was amazing and whilst my result wasn’t amazing, based on the summer I’d had I was happy with the result. I’ve written a separate blog about the race which you can read here.

With the Lost Sheep completed that was my big goal for the year done but as i had missed some of the summer through injury i was keen to maintain my fitness level during the winter.  After chatting with Sean he advised dropping the fitness levels slightly and focusing on strength and conditioning over the winter, with base endurance. There was a couple of running races that i wanted to target but rather than focusing my training around these we decided to fit them in as training runs and keep our eyes on the big picture.  Overall after the summer i was disappointed that I didn’t have a chance to see the effect of full training schedule and the impact of a scientific approach from Infinity. I don’t doubt my results would have improved if i had completed a full training schedule or close to it, alongside proper tapering, a focus on race days etc. So going into the winter and a couple of local running races i felt i still had something to prove.

A tough cross border race along a hilly route but i enjoyed it! The hilly route suits me and whilst i wasn’t sure how prepared i was going into the race i wanted to stretch things out if possible. The race is straight into a long arduous hill and i decided to stick with the 1hr30min marker for the first while. It certainly helped me up the hill and after that i felt confident enough to push the pace faster. I was knackered by the end but very happy with 1hr23mins and 7th out of 450 finishers. 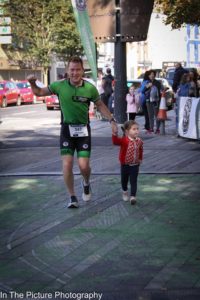 Race Around The Lake – December

Another tough race, this is 7 miles of constant hills. The weekend before Christmas it was a nice opportunity to stretch the legs and push things in my last race of the year.  Rather than holding back and seeing how i felt i decided just to go flat out for this one. At the start of the race the pace was quite slow and i heard someone behind me saying “Well this is all very conservative” and that didn’t suit me, i needed the race to hurt others early to give me a chance later in the race so i pushed the pace out. It wasn’t long until a top triathlete and a ten time Kona veteran passed me, i was never catching them but i managed to cling on to third place with others breathing down my neck. As i don’t get many podiums it was a nice way to close off the year.   Delighted with 44mins and 3rd out of 250 people.  Im starting to think i should just stick to running 🙂 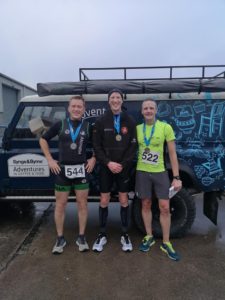 Review of the Year

Over i was disappointed with 2019 as i didn’t get the maximum benefit from the coaching due to my time limitations which i fully expected, but also due to injuries and fatigue. I was also unsure why i had been effected so much more than ever before.  Sean’s explanation made sense – i have a big engine and a big determination that was pushing me forward and my body & muscular system was struggling to keep up with the increase in volume and intensity of training. Probably the focus on running from the outset, aiming for a fast marathon time also put too much pressure on the body.

However, I’m left with absolutely no doubt as to the benefits of one-to-one coaching in maximising the time that you have for training. As well as making the most of every hour it also introduces many new methods of training and an element of science to ensure the training is adding as much value as possible. Certainly it is a strong motivation – both having schedules and targets to hit along with the knowledge that your coach will be checking your results later. For years my targets would have been simply time or distance, just clocking up the minutes and miles, but with a coach the session is planned and measured to give you maximum impact and links with other sessions in the best possible way. Will that improve your performance?  It has to!  I’ll certainly be continuing with coaching in some capacity as I’ve really seen the merits beyond training by yourself. Don’t get me wrong, you still have to do the hard work yourself and coaching won’t move you from mid-field to winning races, or magically overcome an over-hectic lifestyle. However it will maximise any training hours that you put in and encourage new levels of efficiency.  For many people club training will suffice – it’s cheaper, you get to know the crew around you and you pull each other along. For those of us that can’t make rigid club training times, or if you just prefer to train alone then individual coaching presents an excellent alternative option.

For the coming season Sean plans to have fortnightly phone-calls with clients and also have some group coaching sessions, both great ideas that i think will help improve individual’s results even further.  He also now has a fitness test exercise bike that he is bound to inflict some serious pain with! I’ve had a go and the pain comes pretty quick and hard but the results and feedback are worthwhile. My details are below, means little to me but a lot to Sean! 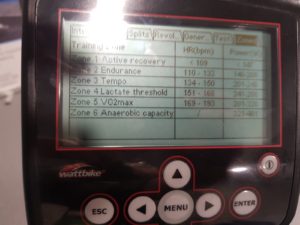 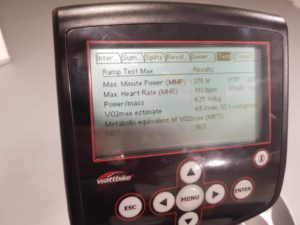 All things considered i was disappointed with the results from the year, i didnt achieve many of the goals that i had set myself. However it is important to remember that originally i had written 2019 off as a ‘New Baby’ year and had no goals that i wanted to achieve before Infinity Peak Performance got in touch.  With a new baby in the house and a manic work life realistically my targets were too high and it led to injuries and fatigue.  Even with that i still managed to achieve decent competitive results during the year and finish the year on a high with 2 good performances and a podium.  It has been a very interesting year, I’ve learnt a lot and I think Sean learnt a lot as well  🙂 My sincere thanks to Infinity and Sean they have been a real pleasure to deal with and ill certainly be training with them in the future.